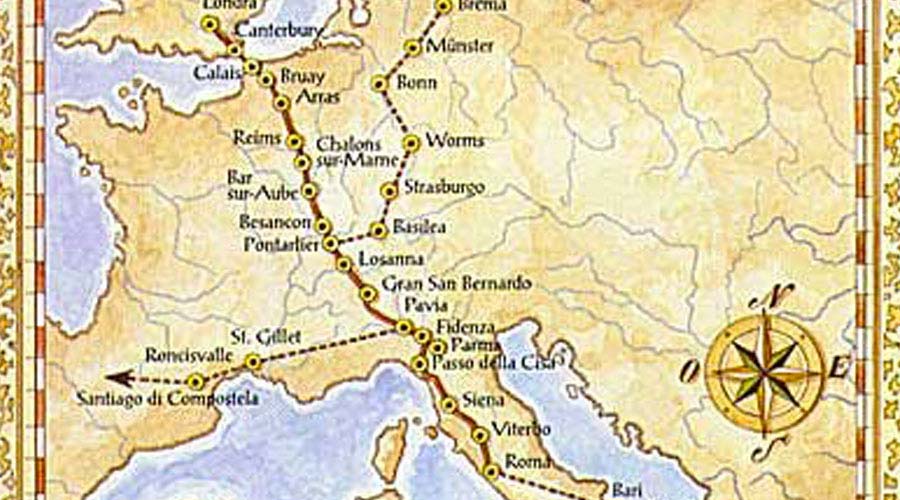 The name of this Medieval pilgrimage route is closely associated with the Archbishop of Canterbury, Sigeric , who has left us a detailed account of it, stage by stage, from St. Peter's Basilica in Rome to Canterbury. Sigeric had left Canterbury for Rome in 990, to receive the pallium of his investiture as Archibishop from Pope John XV. On his way back north, from Rome, he crossed central and northern Italy to the Great St. Bernard Pass, then through modern-day Switzerland and France, leaving an accurate description of his travels. The precious manuscript, which is now part of the Cotton Collection in the British Library, in London, lists the 79 locations where the prelate and his entourage stopped for the night. Most of the locations mentioned by Sigeric still exist today, or correspond to place names that have been identified by historians. Only two or three places have not been identified, their names probably lost and forgotten over the centuries, also as a result of the changes in the original route.

An authentic farm-stay experience, where you can enjoy the breathtaking countryside, interesting art and culture tours, delicious food and natural products.