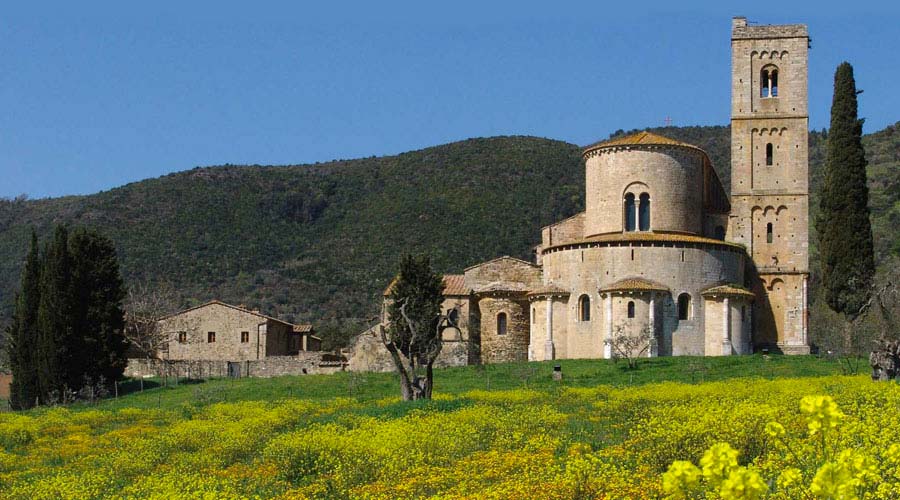 A rare gem, one of the most important Romanesque buildings in Italy, inspired by French and Lombard models and built between the 11th and 12th centuries, using onyx and alabaster. Tradition has it that the Abbey was founded by Charlemagne in 781 along the Via Francigena - the Medieval pilgrim route from France to Rome - while on his way back from Rome.

An authentic farm-stay experience, where you can enjoy the breathtaking countryside, interesting art and culture tours, delicious food and natural products.